This time I designed up a holder for my Microtouch Focus Controller.   This was the First Draft of the holder.   The second draft has better corner support and slots to allow a strap to be used to secure the controller in place.   While I designed it for a snug fit I image as it heats and cools it could come loose.   I’ll attach a rendering of the new version shortly.    my 3D printer is having it’s extrusion head cleaned up and tuned up so I’m not printing at the moment.    BTW:  it took 14 hours to print this one.

For the curious,  the white PCV tube is my home made Daytime alignment tube.  Pin hole plate in front and a white Plexiglas in back to project the sun.   Made it really quick since I had to re-align the mount coarsely after removing it from the pier 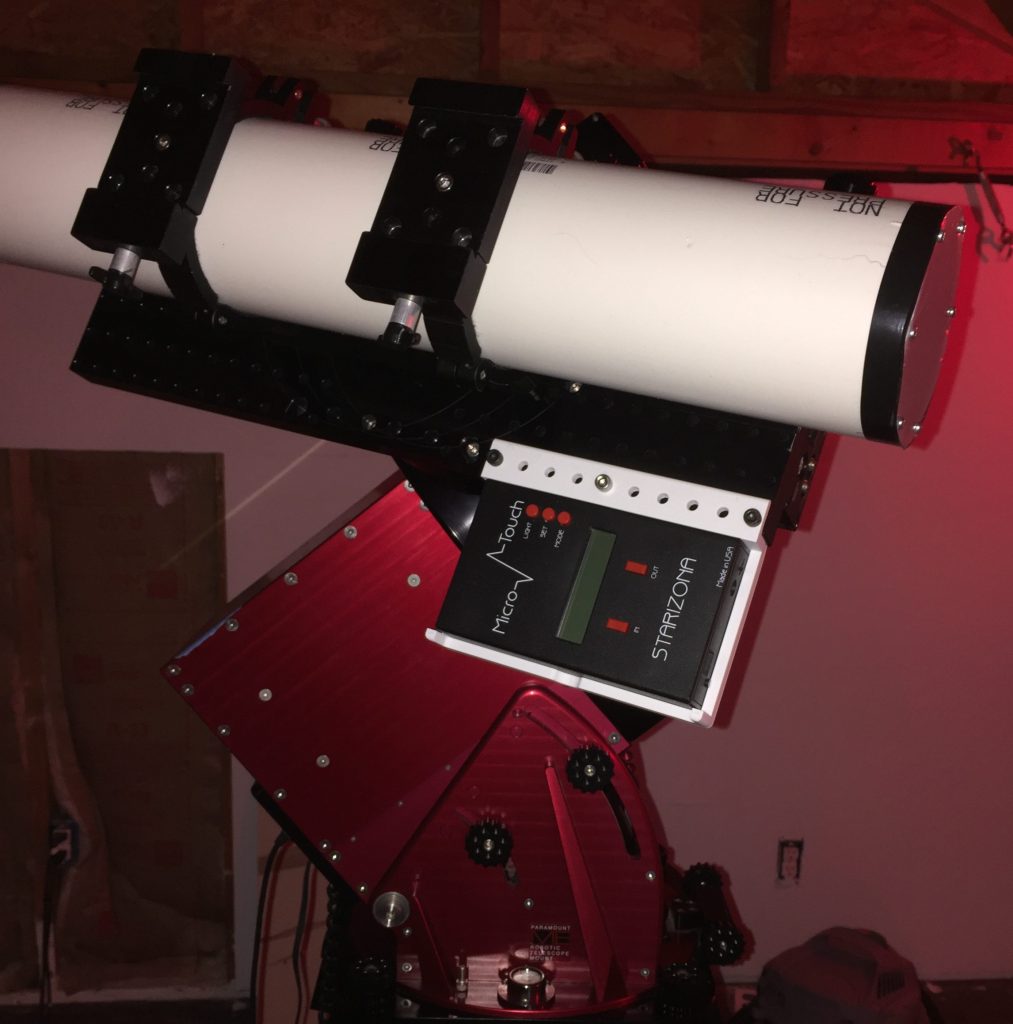 As I mentioned in my previous post I am re-working my thru mount cabling.

I am running a SBIG power cable thru for the STL11000M, a USB and USB Power for a Hub to be mounted on the versa-plate and possibly a power cable for an older SX7C camera.

I have designed the plate in Autodesk Inventor and printing my test one to check how it fits and it’s pretty darn close.

Here is the test fitting 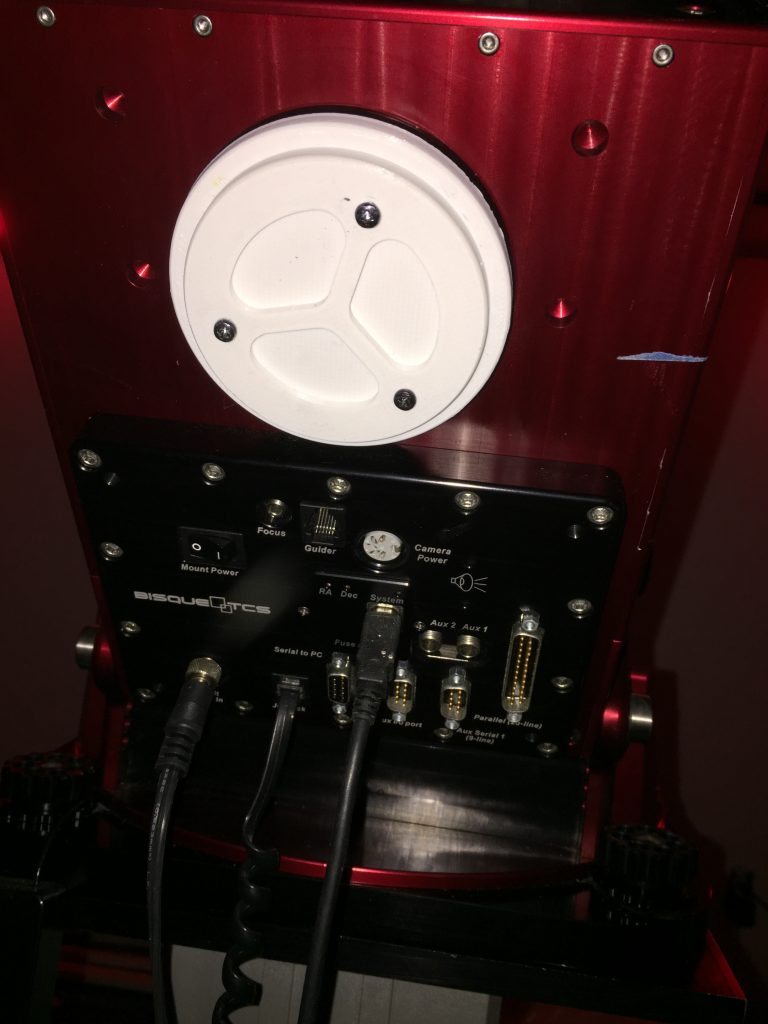 A quick view from the side. 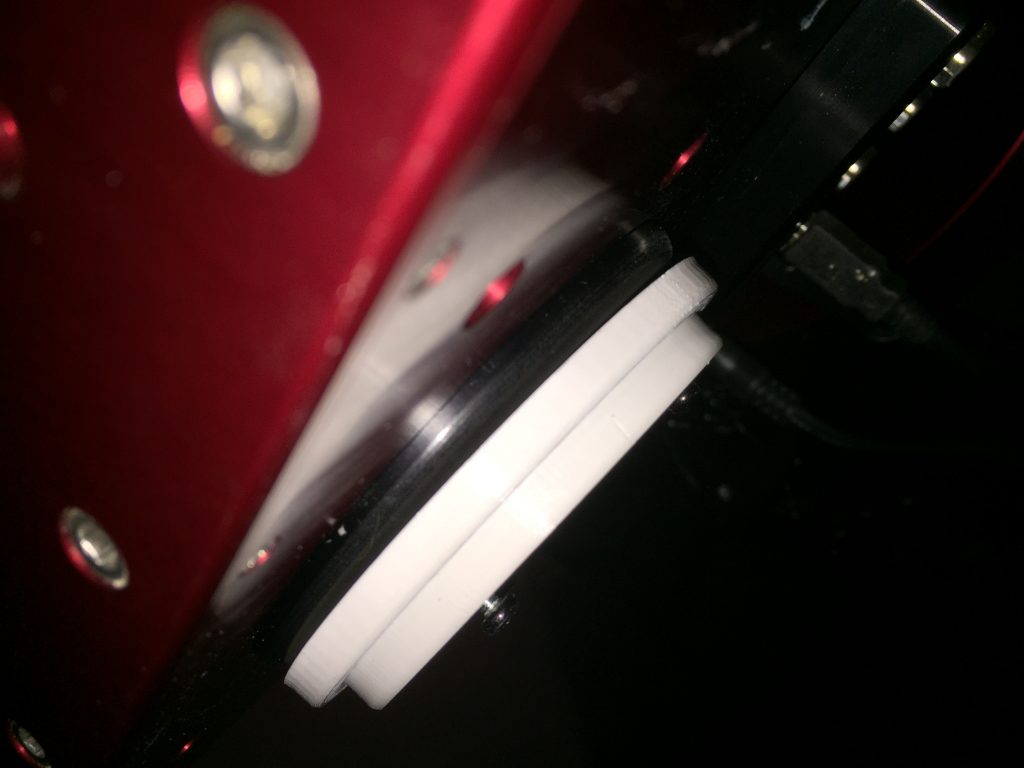 For extra “Anti-Mouse” enforcement.  I added some steel wool as packing.   Though I”m not sure of what if any electrical interference it might cause (or prevent). 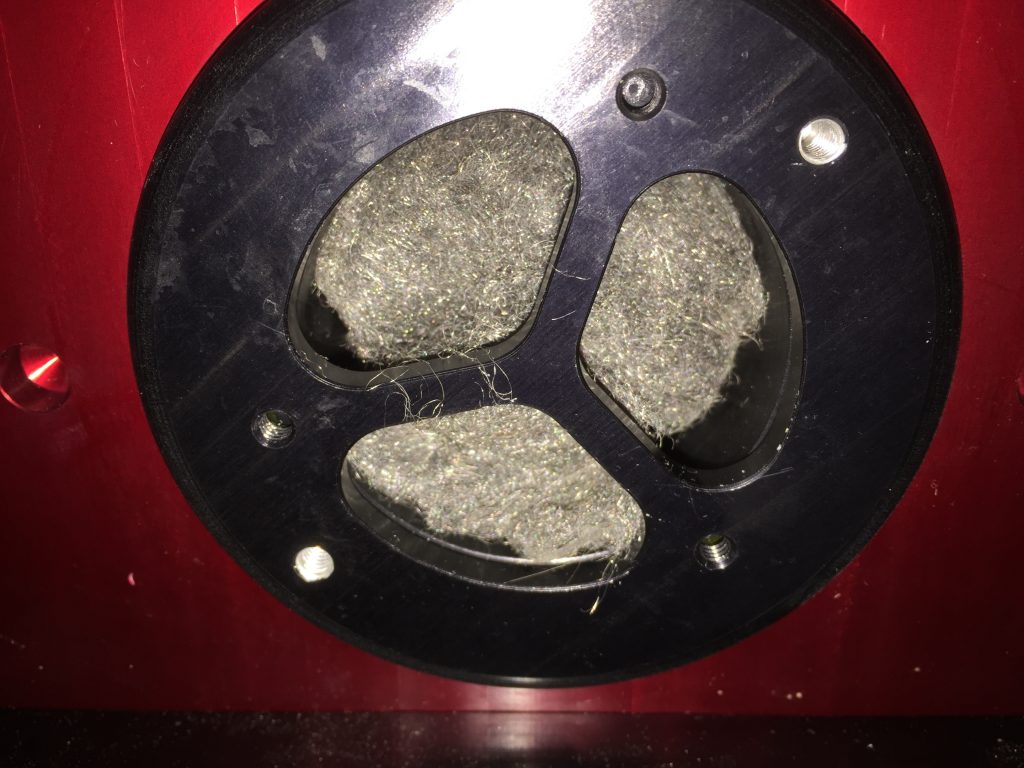 The larger disc is a copy of the actual back on the mount (for testing in the house) and is not part of the real part but I left it because my screws are to long and needed the extra length to attach it properly.   I will probably post to thingverse when it’s finished. for anyone to print.    I plan on painting it black to match the Paramount when finished. 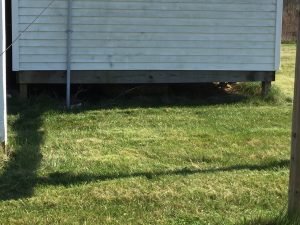 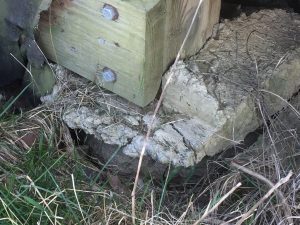 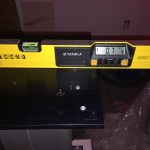 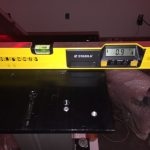 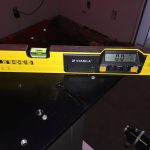 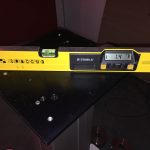 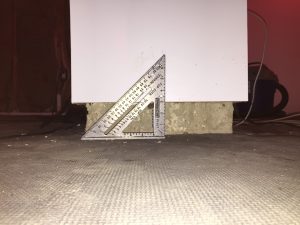 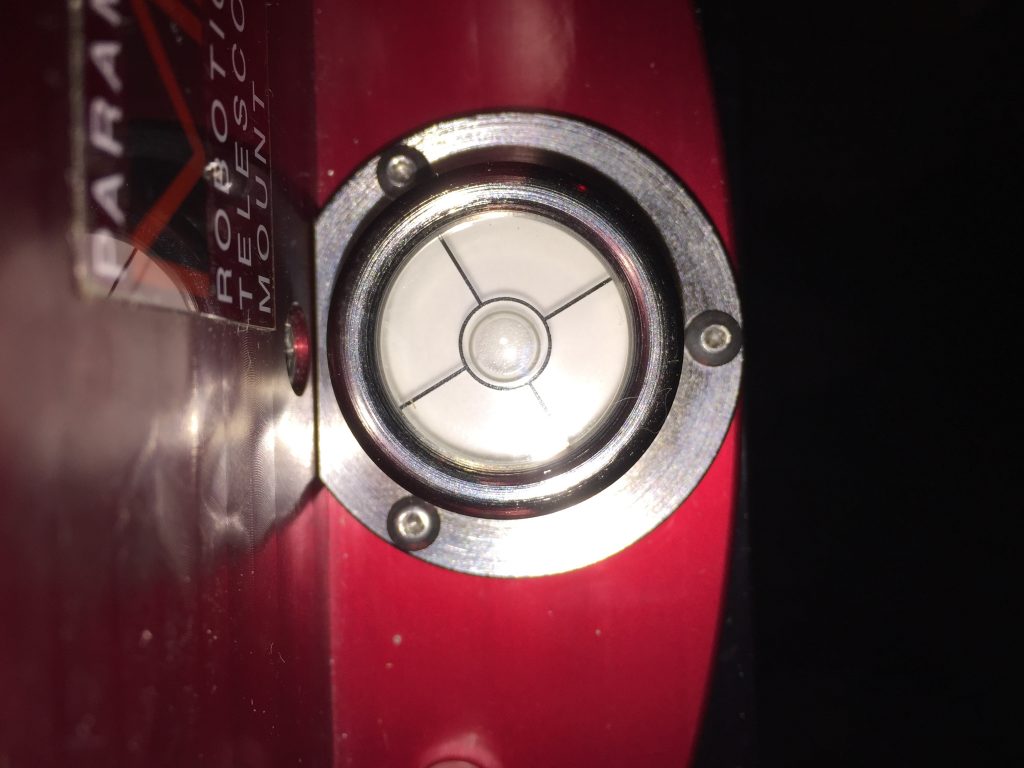